REVIEW: The Girls of Murder City by Douglas Perry

Fame, Lust, and the Beautiful Killers Who Inspired Chicago 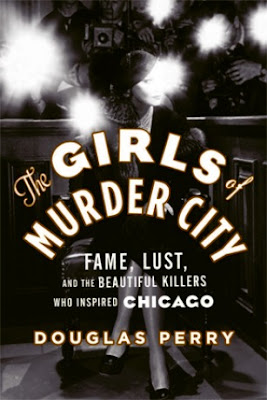 This book is absolutely as much fun as you think it is.  But what isn't immediately obvious from the cover (and engrossing subtitle) is how very well-researched and detailed the tales of the recently liberated women of Chicago.  Perry delves into each murderess' past with the nose of a bloodhound.  Drawing on newspaper clippings, quotes, letters and interviews, he sketches a transitional moment in time -- a perfect storm of social upheaval.
Each woman is given equal treatment, and is a sympathetic character if not innocent.  He is more interested in illustrating the conditions that brought about their crime rather than placing judgement on them.  After all, judgement was passed 80 years ago.
The most compelling character may be the cub reporter Maurine Watkins, a shy, pretty young girl from small town Indiana.  Her staunch Christian values were constantly foiled in the tumultuous 1920s. In a press interview, Perry says of Watkins, "That Maurine Watkins willingly embraced this professional ethos is astonishing.  As I mentioned, she was cripplingly shy. Se had trouble looking a man in the eye... In Chicago, she became fascinated with gangsters.  She even developed a crush on one.  She said that the 'nicest man I men during the time I was doing newspaper work was supposed to be the toughest gunman in Chicago's West Side.  He was like something you read about, such a charming courteous man'." Watkins went on to pen the Broadway smash play Chicago (the Fosse musical would come years later, after her death) as well as William Powell / Myrna Loy films Libeled Lady and I Love You Again. 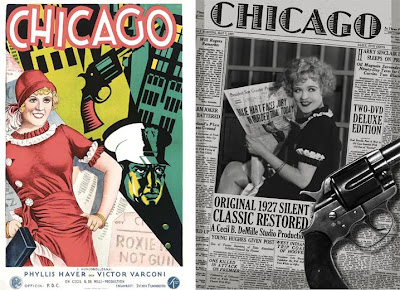 Much to his credit, Perry also writes in a prose style that makes the action, drama and wit immediate.  There is nothing staid or dusty about this historical study.  Perhaps, like Maurine, we too are at once entranced by the lifestyle, and surprised at our own entrancement.
Visit Douglas Perry's Site.
Book: Hardcover | 5.98 x 9.01in | 320 pages | ISBN 9780670021970 | 05 Aug 2010 | Viking Adult | 18 - AND UP  Viking Listing
Thanks to Meghan and Gabrielle for the advance copy.
Posted by Eminence Grise at 10:50 AM
Labels: book, chicago, douglas perry, girls of murder city, maurine watkins, myrna loy, penguin, viking, william powell