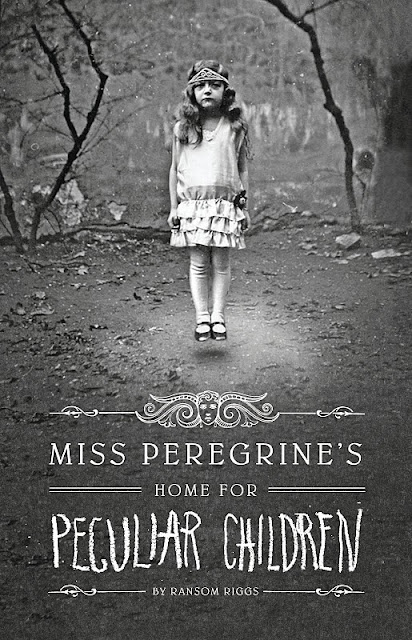 Anyone who knows me could have guessed I'd like this book just based on the cover.  Slightly creepy, old black and white photograph and a Victorian-style title. I came across this book while in a book store at the Newark airport, of all places.  My husband and I were headed to Scotland for our honeymoon but we had a six-hour layover, which left plenty of time to pour over the titles this shop had -- thankfully more than the usual top ten thrillers and romance novels.

At the outset, the author makes it clear this is no typical scary story.  Our main character relates his confusion and desperate feelings when pieces of the strange tales his grandfather told him begin to come true.  A true teenager and constantly at odds with his parents, he struggles to discover what these clues mean. At times, the book reminded me of "Bedknobs and Broomsticks", "The Orphanage" and "Harry Potter".  But it is none of those things entirely.

To the book's credit, I had read nearly half of it before I realized it was probably meant to be in the young adult genre.  The plot, story and characters are strong.  The hints only become obvious as more characters his age come into the story and his interaction with them come front and center.  Riggs does not "talk down" to his reader, which is refreshing in any genre.  The main character, though confused, is not rash or inherently irresponsible.  He is not perfect, but neither should he be ignored -- an excellent role model for a younger reader.

Perhaps the strongest characteristic is the inserting of bizarre photographs.  These are real photos that Riggs has found along the way -- in yard sales or in friend's collections.  He builds his "peculiar children" around them and their images make them far less fantastical.  Creepy, perhaps.  But more real. 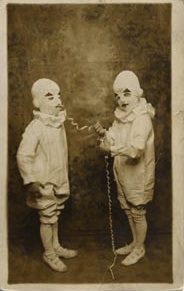 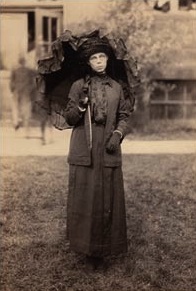 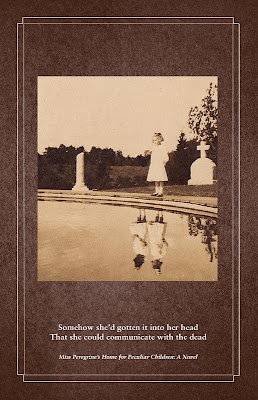 I must admit to having a soft spot for this detail.  I too collect cast-off and sometimes strange photographs.  I wonder about the people in them, and the ones that took them.  My book photo includes one such photo: 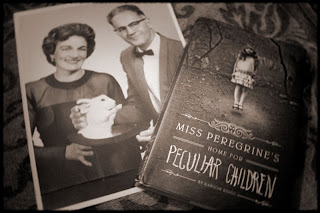 I even own an original photo by Yefim Tovbis, one of the people Riggs borrowed a surreal photo from. It's been a dozen years or so since I bought it but it's always had a place of honor on the wall.  It shows, as do the photos in this book, how striking images can alter our perception of reality and burn place on our memory.

I highly recommend reading MISS PEREGRINE'S HOME FOR PECULIAR CHILDREN.  It was great fun as an adult and can only imagine it must be so for a mid-late teenager as well.  I would not suggest it for someone younger than 10 or so since it can be a bit scary.  Although I was watching Hitchcock when I was 4, so judge for your own child.

I did not receive a review copy of this book.