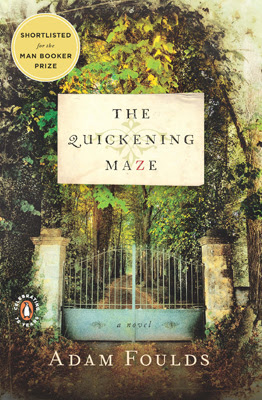 I always look forward to starting new books -- ones to review or otherwise.  When I knew this one was on its way, I watched the mail everyday.  It is by a British author.  It's about an asylum ... and poets ... and madness ... and takes place in Victorian England. What more could I want?
The novel is a fictional imagining about real people and places.  Dr. Matthew Allen was a psychiatrist, phrenologist and steampunk inventor who owned and ran the High Beach Private Asylum, situated on the edge of Epping Forest, east of London. 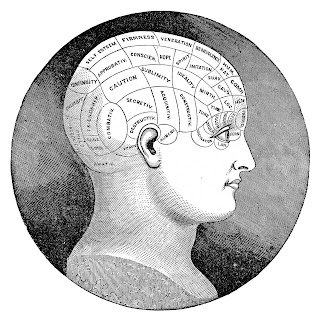 At the time, the forest was a netherworld between bustling London and country idyll.  The old growth trees were a hiding place for gypsies and become a perfect metaphor for the tricky, surprising line between sanity and madness.
The forest was also an inspiration for nature poet John Clare - inmate at the asylum.  He is joined in the sanitarium by Septimus Tennyson, brother to Alfred who takes a home in the village to be nearby his ailing brother  (Foulds often references Tennysons as yet unwritten tribute to friend Arthur Hallam, one of my favorite poems).
Fould's book wound up short-listed for the Man Booker Prize in late 2009 as a work of "intense and atmospheric imagination."  It is a very addicting read, even if it seems deliberately obtuse at times.  Foulds manages to create distinct voices for each of his characters, ones that leave the reader sympathetic to each delusion.

The book is written in numerous first-person, inner thoughts from these characters and Allen's family.  As Dr. Allen sinks further into his ill-fated machinations, as  Margaret falls victim to her own imaginings and Hannah attempts to navigate courtship, we wonder if anyone will leave High Beach the better for it. Ironically, we never hear the thoughts of Dr. Stockdale, who, seen though the eyes of others, becomes the villain of the tale.
Foulds' most impressive feat, however, is not the story-telling.  He truly has a refreshing way with words.  It is not affected or forced.  Descriptions simply drip with tangibility.  However, a word of warning.  This is not a source for historical accuracy.  Anyone looking for or expecting the concrete and clear excitement of something like The Devil In the White City will be quite lost and frustrated.
Thanks to Meghan Fallon for the review copy
Book: Paperback | 5.23 x 7.87in | 272 pages | ISBN 9780143117797 | 29 Jun 2010 | Penguin | 18 - AND UP
Posted by Eminence Grise at 2:57 PM
Labels: adam foulds, asylum, england, john clare, madness, phrenology, poet, quickening maze, steampunk, victorian